Carisbrooke Castle Museum Trust was established to run the museum by HRH Princess Beatrice shortly before her death in 1944.

A Museum Trustee has the following obligations:

When complete, the Trust consists of 12 Trustees:

The Board of Trustees meets quarterly, on the second Monday of March, June, September and December. 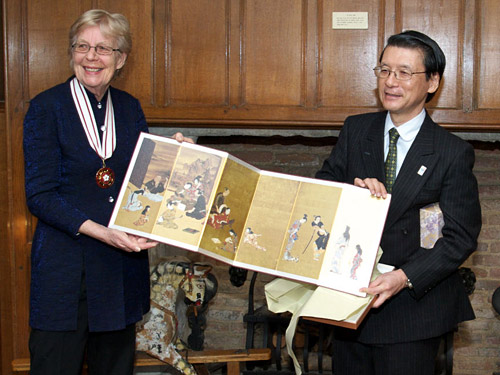 Mrs Judi Griffin MBE JP DL, former Chairman of Trustees, with His Excellency Mr Keiichi Hayashi, Ambassador of Japan to the United Kingdom, at the opening of the John Milne exhibition